Fill the below form and we will call you back! 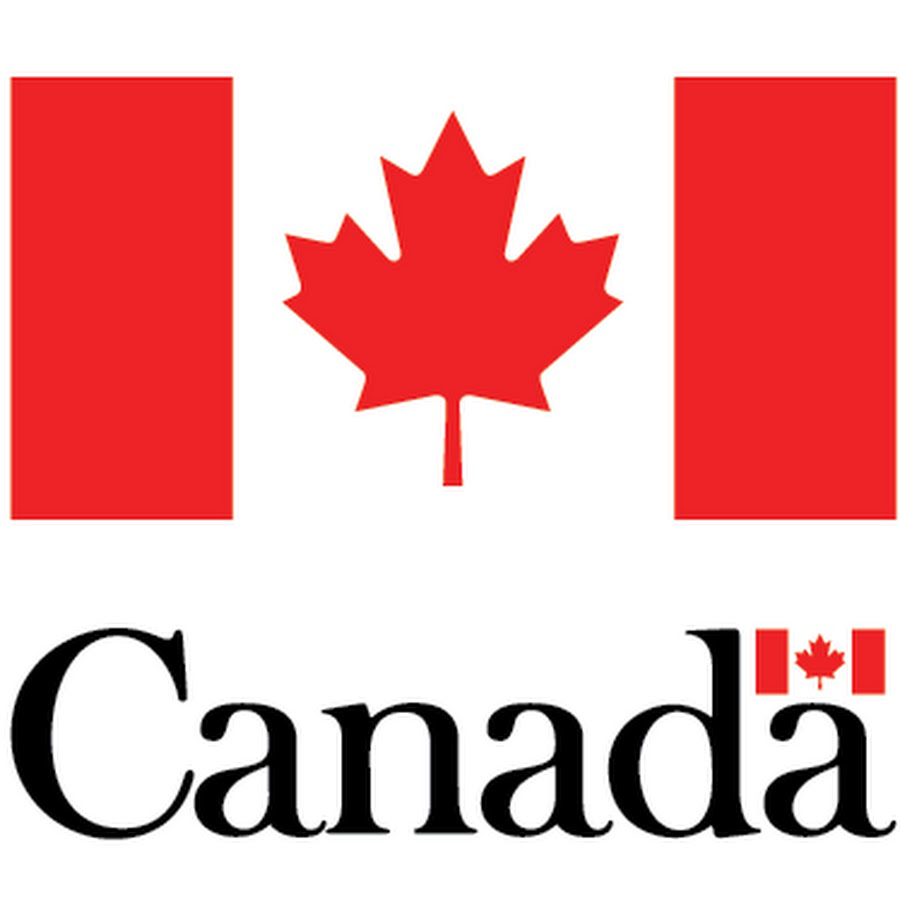 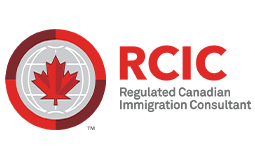 CHOOSING A GENUINE AND RELIABLE IMMIGRATION CONSULTANT IN VANCOUVER?

LET US HELP YOU IN YOUR PURSUIT! GET A FREE CONSULTATION!

First of all, you don’t need to hire an immigration consultant for your immigration application filing if you can do it by yourself.

If you are considering someone, you would prefer someone who values their reputation, has a strong ethical code of conduct and advocates professionalism. We mean BUSINESS, i.e. legitimate service for a legal fee supplemented with a long lasting client relationship.

No Hidden Costs, No Conditions Apply. No Middlemen, No Sales Strategies, No Discounts, No Persuasive Consultation, Purely Honest Consultation & A "One Point Contact". All The Directors Are Regulated By Iccrc. Over A Decade Of 'On The Job Experience' Handling All Sorts Of Immigration Cases.

MAJORITY OF OUR STAFF ARE LAWYERS And Subject Matter Experts.

90% Of Our Clientele Is Via Reference. We Are Going Digital With This Website, Post Years Of Practice So That It Would Be Easier For Earnest Immigrant Aspirants To Reach Out To Us. 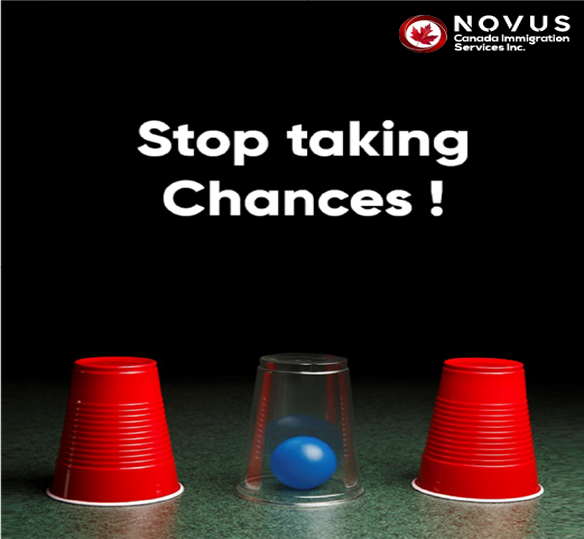 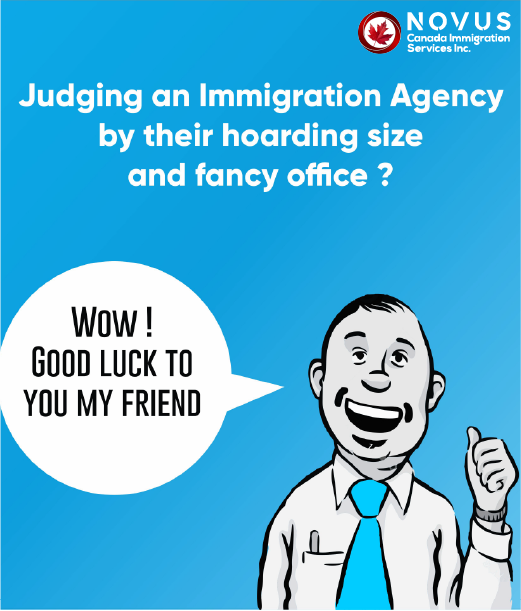 DON’T JUDGE A BOOK BY ITS COVER!

It is important that on your pathway to your Canada immigration dream, you receive professional help from experienced Govt. regulated representatives from the country you choose to settle down in. Our team of regulated and licensed Immigration consultants, agents and lawyers will represent you throughout the process. With Novus Canada Immigration Services, you have a ‘One-point contact - either with our lawyers or our ICCRC-regulated consultants’.

It is a common practice we have noticed which is followed by all the so called "best immigration consultants in Vancouver" to have multiple individuals called case managers, immigration specialists, immigration documentation team, sales department etc. to carry out multiple aspects of a client’s case.

As per the ICCRC code of ethics, ideally your case should be handled by just one RCIC (Regulated Canadian Immigration Consultant) who would assist you with the entire process and is well versed in your case end-to-end. Stay informed, know your rights. We have multiple RCIC’s on board to cater to our entire clientele. Would you want to pay and receive the services from a layman? Absolutely, not! There are many immigration agency Vancouver, on the contrary all of them claim to be the best immigration consultants in Vancouver. The question is how many of them are capable of answering every technical query, assure you a one-point contact and further more have a clean track record?

Our vision is to gradually educate the consumers not to fall for media gimmicks and false assurances of unauthorized and hence unqualified “Canada Immigration consultants in British Columbia.”

The most affected are the Indian and Chinese migrants /foreign nationals who have an inherent language barrier. Most of these individuals are either not well educated or are not aware of the transitioning mechanisms provided by the government. 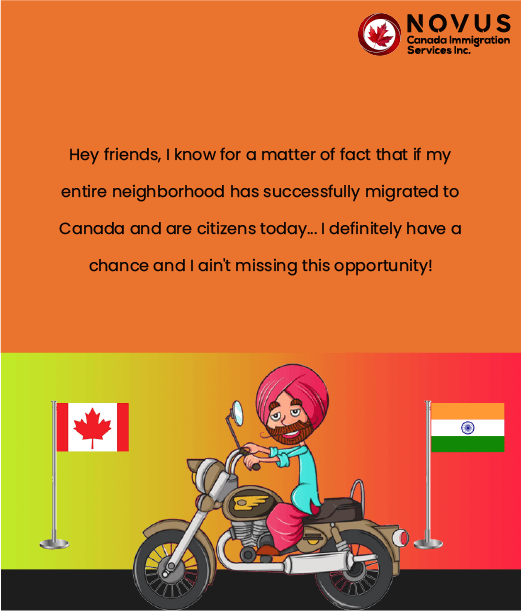 Out of the top 10 countries of birth of recent immigrants to Canada, India is on the second position after Philippines. The immigration industry in India is in a pitiful condition as it’s thronged by thousands of unauthorized Canada immigration consultants who are thriving despite numerous consumer court cases against them. The sole reason for this is that the Canadian Immigration department jurisdiction is confined to its boundary and therefore there is no statutes governing the practice of Canadian immigration services in India.

Post scrutiny of the situation we have opened our Head office in Bangalore and are opening up offices in Punjab, Gujarat and other metropolitan cities.

From Bachelors to Masters, from Student Permit to Permanent Residency

One of the best ways to going to Canada if you’re looking to study in particular would be to first on foremost getting your mind set on obtaining a Canadian Permanent Read More....

Comprehensive Ranking system (CRS) is used in the Express Entry program to rank applicants based on the scores they are awarded for their profile. Read More....

Is IELTS Mandatory? The Big Question!

YES! Evidence of your language proficiency through a standardized testing score and benchmark level is mandatory, no matter how proficient you are. Read More....

Compete On Quality, Not On Price !

Not Just Another RCIC !

Our directors started practicing immigration much before the Express entry even came into being. They are also lawyers who have practiced law in India. With years of experience in their kitty especially catering mostly to Indian clientele, their proficiency in the Indian legal framework also adds to the efficiency in their application processes.Canada Immigration Consultants are umpteen in the Vancouver market, but the best immigration consultants in Vancouver would be the RCIC’s with adequate experience in all domains of immigration. Few Canada Immigration consultants in British Columbia only specialize in a particular department for example study permits and few other Immigration consultants in British Columbia only do express entry files are known as Express Entry Visa Consultant in Vancouver. It is true that expertise is enriched only with experience. At Novus, the senior RCIC’s recruit new RCIC’s and provide them training in different domains. Hence, we are probably the oldest and experienced Immigration Consultant in Vancouver British Columbia.

It is well known fact that few unauthorized and also regulated immigration Consultants in Vancouver have been caught for unscrupulous activities. We encourage all our clients to go through the www.cic.gc.ca Government website to clearly get a grasp of the programs and its eligibility. For instance, Express Entry Visa for Canada is not something anyone can guarantee by just submitting a mere application in the Express entry pool. There are numerous immigration consultant Vancouver who promise a result in most of the cases. One of the most important principle taught while studying Immigration law is not to promise or predict an outcome as the same is subject to numerous factors which cannot be accurately quantified. Being a pioneer immigration consultant Vancouver, we have always tried to be blatantly honest with our client so that they do not have unrealistic expectations and on the other hand are also well informed.

Support Required For A Foreign National To Migrate

Each applicant has a unique profile, everyone has one or the other issues in terms of travel history, CRS scores, financial statements, medical assessments, transcripts, IELTS, NOC codes, police clearance certificates etc. Canada Immigration is equipped with an elaborate and a definite system consisting of online and paper processes. One needs the assistance of an immigration agency to circumvent these technicalities and to assist you with the entire documentation part. Also making sure the Canada immigration laws are adhered to, on the parallel promptly update you on the progress of your file. Hence the requirement of Canadian Immigration Consultant is to provide you a ‘One –Point Solution’ which would cater to all the nitty-gritty surrounding your successful visa outcome for a new future.

A job offer from a Canadian employer would certainly benefit a foreign national in transitioning into a PR via the Federal worker category program. Work Permit Service Consultant in Vancouver might promise you jobs here, but in reality it is a complicated process unlike fetching a work visa in places like Dubai, Colombo etc. Canadian employers must provide adequate evidence that attempts to hire a Canadian citizen or permanent resident did not materialize and hence a LMIA is required to file for the work permit of a foreign national. On the basis of a positive LMIA from Service Canada, the application for a work permit could be submitted again subject to various conditions. Do not fall prey for digital ads titled “Work Permit Vancouver Canada” for $ 5000 CAD! On the other hand, being licensed foreign recruiters, it is possible to connect the dots and help aspiring individuals to get a work permit if the employer also has such a requirement which does not get fulfilled by the local demography. When you visit Work Permit Service Consultant in Vancouver, kindly make sure that the pre-requisites are met. Do not get fooled by immigration Consultants who are offering you jobs outright from the shelf. Novus Canada Immigration services assists employers in obtaining positive LMIAs from Service Canada and further applying for a provincial nomination if the aspirant meets the laid out eligibility criteria as per BC PNP.

Immigration Ain’t A One Month Process!

It does not matter if you are becoming a permanent resident of Canada through the Business investor class, Provincial nomination program, Self- Employed class, Spousal sponsorship etc all the programs have their lengthy processing times. Except for the process of “Citizenship by birth” all other Canada immigration processes require considerable amount of time. The first and foremost duty of a Canadian immigration consultant is to inform them about the timelines involved and communicate all minute details prior to signing up with them. As a principled immigration agency, we believe in keeping you informed no matter what the outcome is. There should be prompt disclosure at every stage of the process. The right information at the right time simplifies the process, de-clutters ambiguity and maintains a healthy relationship between the client-consultant duo. Though the CIC has been generous to provide an approximate time frame for each type of application depending on the region from where the application is made, this is only an approximate estimate and does not have to be the case with every applicant.

It's 2020’ The Immigration Dynamics Have Drastically Changed!

Express entry started in 2015, we have witnessed considerably low CRS scores in the past few years of Canada immigration statistics.

Knock knock! Times change so does the tide! The recent statistics for 2019 show that 90% of the draws have been above CRS 450 and the last few months of 2019 have shown a spike in the scores hovering around 460 to 470 CRS. Gone are the days when the Immigration Consultant in Vancouver British Columbia, might have seen numerous express entry invitations. WHY? Because any foreign national under the age of 29 with a masters and IELTS CLB 9 would still get a maximum of 469. Infering that assuming the best attributes for calculating the CRS, a foreign national aspirant without and additional adaptability points would find it challenging to receive a federal government express entry invitation. The happy news is that as per the news release of the government bodies it is estimated that the intake for this year would be comparatively more than 2019. But it is going to be channeled through the municipal immigration programs and PNPs. Therefore, it is very important that every aspirant makes the right choice of choosing the best immigration consultants in Vancouver or the place of his choice to make sure that no opportunity goes un-attempted.